Get fresh music recommendations delivered to your inbox every Friday.

MIN to POLY ≙ Into Olymp 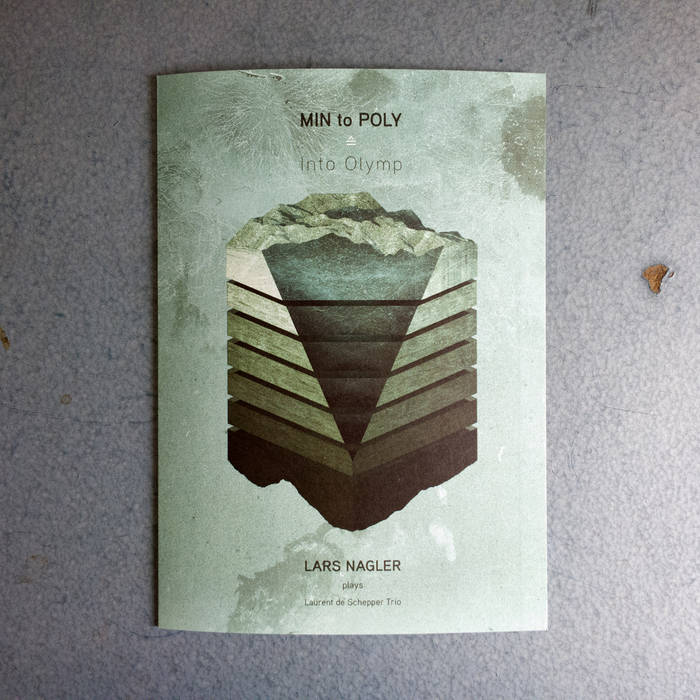 in his deconstructions of selected tracks from the original “Into Olymp” album, LARS NAGLER carves out new aspects of the multifaceted, genre-blending style of the leipzig based jazz / indie formation LAURENT DE SCHEPPER TRIO.
when released earlier this year, “Into Olymp” by LAURENT DE SCHEPPER TRIO was welcomed as “killer jazz album” (If Music, London) or album “of olympic niveau” (Amusio.com) – fully deserved, as the trio-turned-quartet delivered a sublime symbiosis of jazz and indie, mature serenity and vital dynamics. LARS NAGLER, longtime-friend of the band and mostly known for his video productions (a.o. for AGF, LEAFCUTTER JOHN, ANDREW PEKLER) but also a musician himself and co-curator for MAJOR LABEL who released the AG GEIGE and DIE TÖDLICHE DORIS boxsets, took the original material as starting point for deeper excursions into the stylistic terrain – following suggested paths into postrockish passages but also opening doors into more electronic abstractions and trippy chambers.
NAGLER cut, edited and processed the single tracks, rearranged and re-interpretated the sounds and structures – enter “MIN to POLY ≙ Into Olymp” which is far more than just a remix version. it proves an album in its own full right!

Here’s something emerging that connects the young german jazz scene with the international sound elite of jazz … worth listening and important.” (Wolf Kampmann / Eclipsed)

Bandcamp Daily  your guide to the world of Bandcamp